2017 was another exciting year for the Apache Flink® community, with 3 major version releases (Flink 1.2.0 in February, Flink 1.3.0 in June, and Flink 1.4.0 in December) and the first-ever Flink Forward in San Francisco, giving Flink community members in another corner of the globe an opportunity to connect. Users shared details about their innovative production deployments, redefining what is possible with a modern stream processing framework like Flink.

In this post, we’ll look back on the project’s progress over the course of 2017, and we’ll also preview what 2018 has in store.

First, here’s a summary of community statistics from GitHub. At the time of writing: 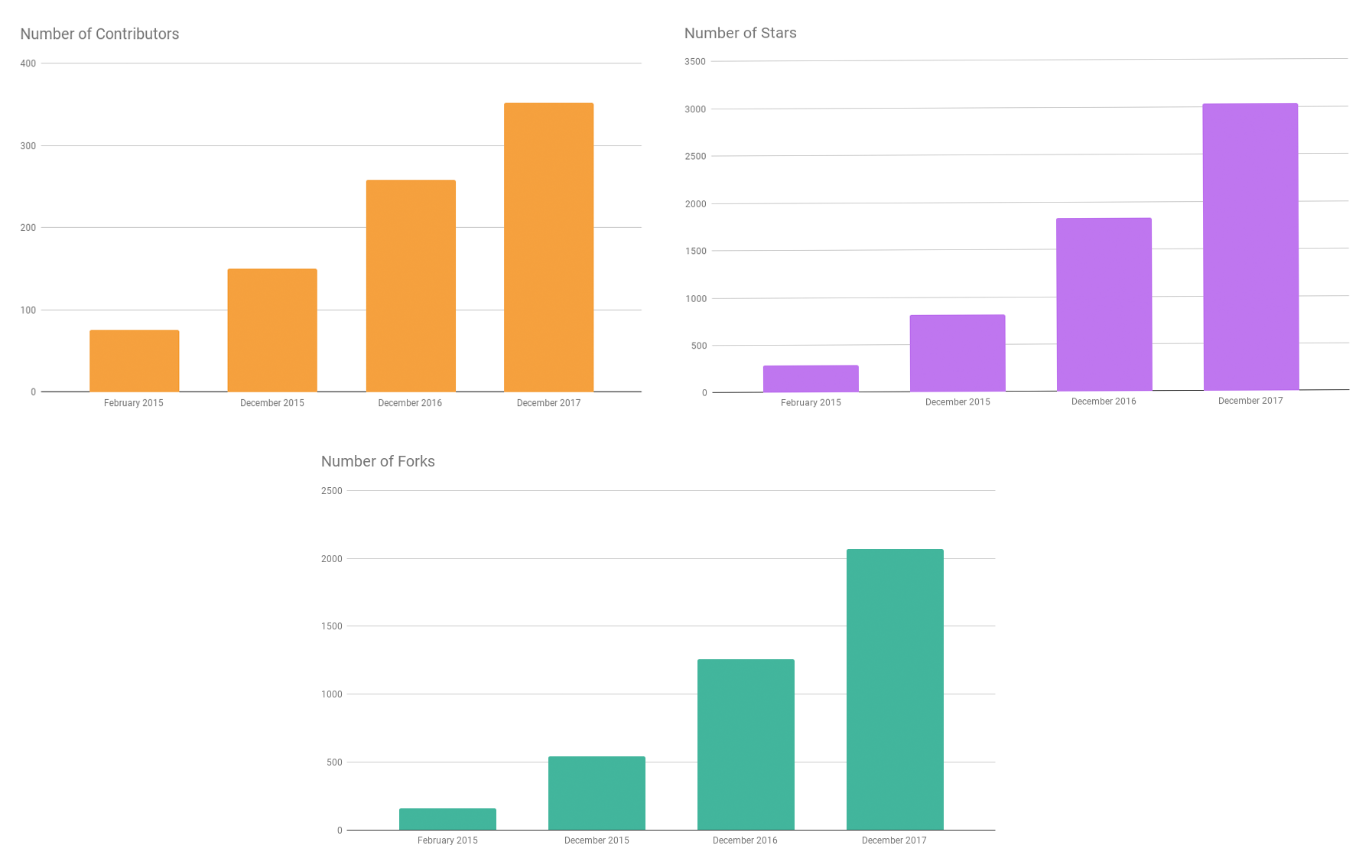 Next, let’s take a look at a few other project stats, starting with number of commits. If we run:

Now, let’s go a bit deeper, here are instructions to take a look at this data yourself.

Download and install gitstats from the project homepage, then clone the Apache Flink git repository:

View all the statistics as an HTML page using your default browser:

Monday remains the day of the week with the most commits over the project’s history, but Wednesday is catching up:

Apache Flink Meetup membership grew by 20% this year to a total of 19,767 members at 39 meetups listing Flink as a topic. With meetups on five continents, the Flink community is proud to be truly global. 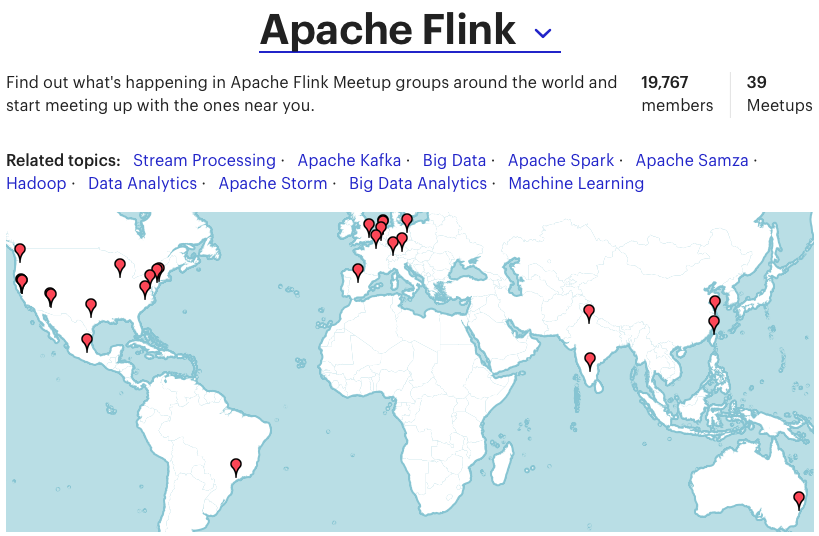 2017 was the first year we ran a Flink Forward conference in both Berlin (September 11-13) and San Francisco (April 10-11), and over 350 members of our community attended each event for speaker sessions, training, and discussion about Flink.

Slides and videos are available for all speaker sessions, and if you’re interested in learning more about how organizations use Flink in production, we encourage you to browse and watch a couple.

For 2018, Flink Forward will be back in September in Berlin, and in April in San Francisco.

Flink was added to a selection of distributions and integrations during 2017, making it easier for a wider user base to get started with Flink:

Just in time for the end of the year, our 1.4 release read the full release announcement landed in mid-December culminating 5 months of work and the resolution of more than 900 issues. This is the fifth major release in the 1.x.y series.

Here’s a selection of major features added to Flink over the course of 2017: 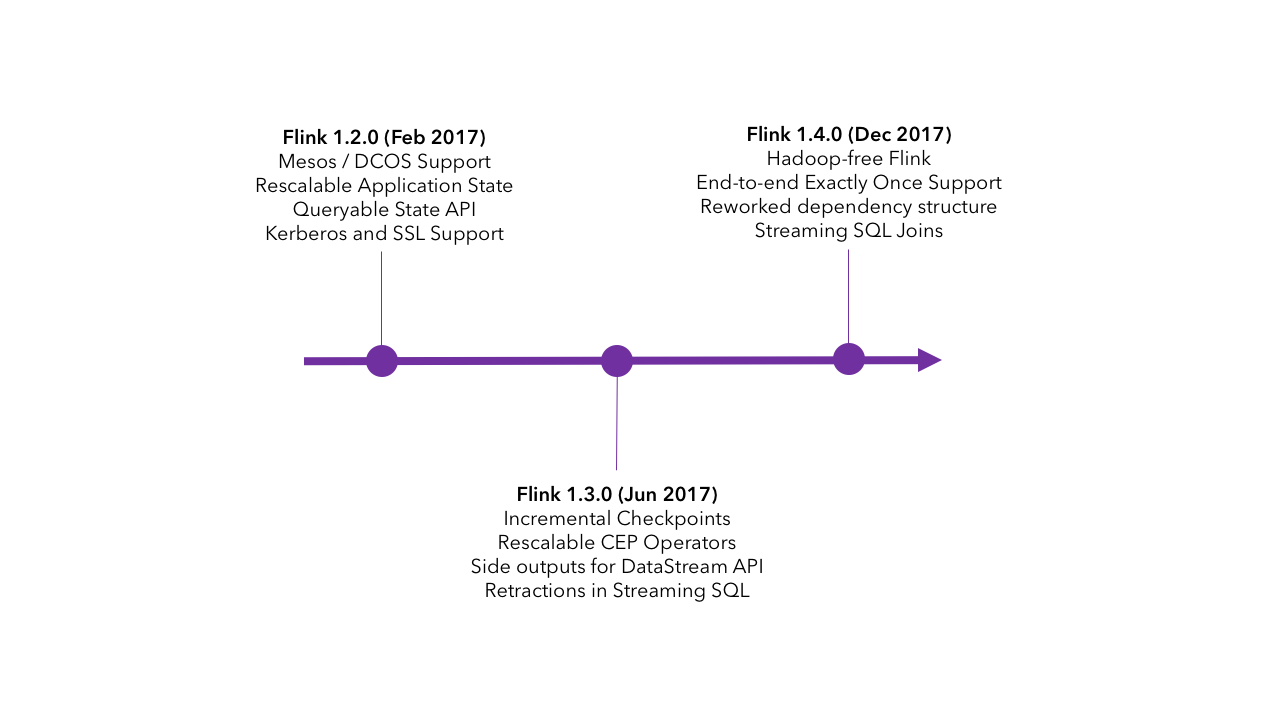 If you take a look at the resolved issues and enhancements for 2017 on Jira you can see that the community resolved over 1,831 issues and feature additions.

Regarding roadmap commitments from 2016, there is mixed news, with some items a part of current releases, others scheduled for upcoming releases and some that remain under discussion.

A good source of information about the Flink community’s roadmap is the list of Flink Improvement Proposals (FLIPs) in the project wiki. Below, we’ll highlight a selection of FLIPs accepted by the community as well as some that are still under discussion.

Work is already underway on a number of these features, and some will be included in Flink 1.5 at the beginning of 2018.

If you’re interested in getting involved with Flink, we encourage you to take a look at the FLIPs and to join the discussion via the Flink mailing lists.

Lastly, we’d like to extend a sincere thank you to all the Flink community for making 2017 a great year!