This blog post describes how developers can leverage Apache Flink’s built-in metrics system together with Prometheus to observe and monitor streaming applications in an effective way. This is a follow-up post from my Flink Forward Berlin 2018 talk (slides, video). We will cover some basic Prometheus concepts and why it is a great fit for monitoring Apache Flink stream processing jobs. There is also an example to showcase how you can utilize Prometheus with Flink to gain insights into your applications and be alerted on potential degradations of your Flink jobs.

Prometheus is a metrics-based monitoring system that was originally created in 2012. The system is completely open-source (under the Apache License 2) with a vibrant community behind it and it has graduated from the Cloud Native Foundation last year – a sign of maturity, stability and production-readiness. As we mentioned, the system is based on metrics and it is designed to measure the overall health, behavior and performance of a service. Prometheus features a multi-dimensional data model as well as a flexible query language. It is designed for reliability and can easily be deployed in traditional or containerized environments. Some of the important Prometheus concepts are:

When considering metrics and monitoring systems for your Flink jobs, there are many options. Flink offers native support for exposing data to Prometheus via the PrometheusReporter configuration. Setting up this integration is very easy.

Prometheus is a great choice as usually Flink jobs are not running in isolation but in a greater context of microservices. For making metrics available to Prometheus from other parts of a larger system, there are two options: There exist libraries for all major languages to instrument other applications. Additionally, there is a wide variety of exporters, which are tools that expose metrics of third-party systems (like databases or Apache Kafka) as Prometheus metrics.

Prometheus and Flink in Action

We have provided a GitHub repository that demonstrates the integration described above. To have a look, clone the repository, make sure Docker is installed and run:

The PrometheusExampleJob has three operators: Random numbers up to 10,000 are generated, then a map counts the events and creates a histogram of the values passed through. Finally, the events are discarded without further output. The very simple code below is from the second operator. It illustrates how easy it is to add custom metrics relevant to your business logic into your Flink job.

To start monitoring Flink with Prometheus, the following steps are necessary:

Both custom metrics are now available in Prometheus: 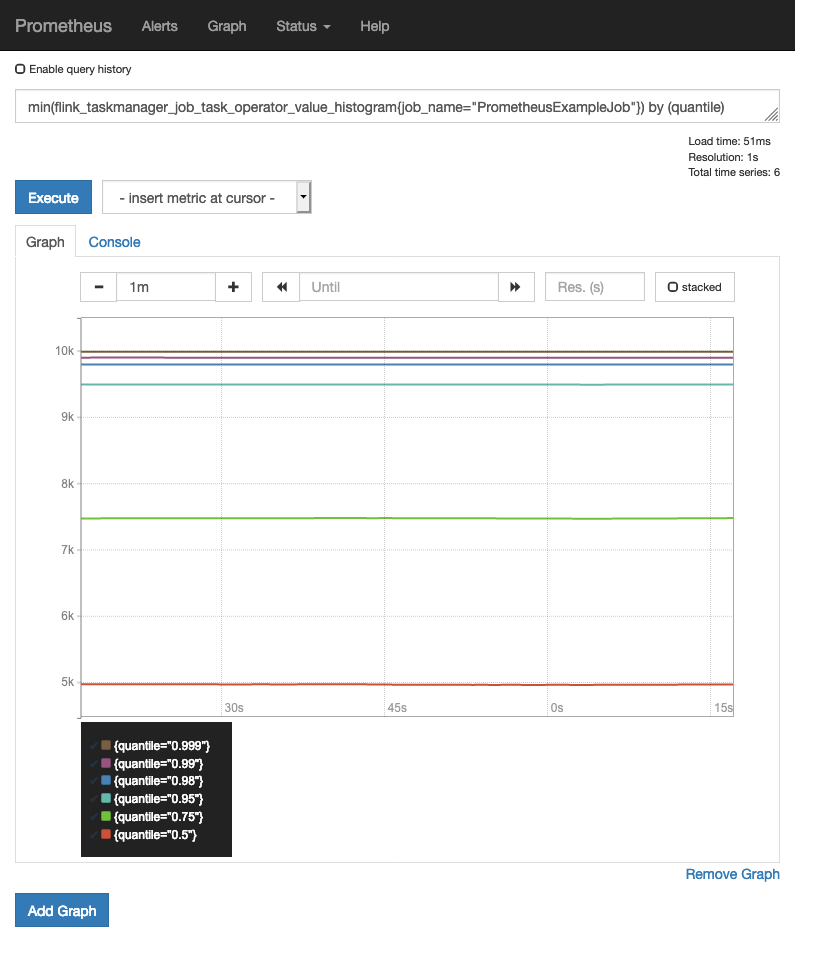 To test Prometheus’ alerting feature, kill one of the Flink task managers via

Our Flink job can recover from this partial failure via the mechanism of Checkpointing. Nevertheless, after roughly one minute (as configured in the alert rule) the following alert will fire: 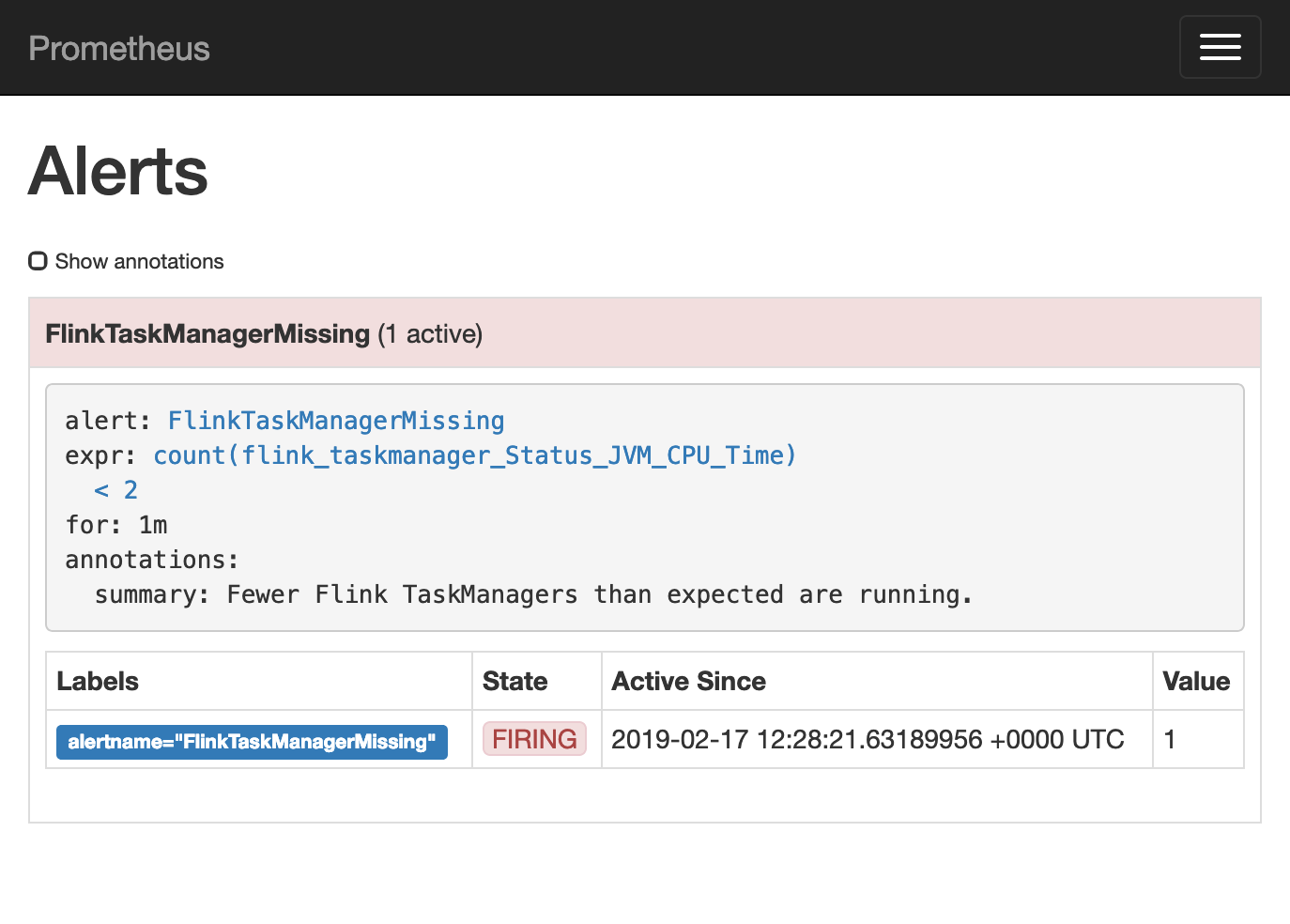 In real-world situations alerts like this one can be routed through a component called Alertmanager and be grouped into notifications to systems like email, PagerDuty or Slack.

Go ahead and play around with the setup, and check out the Grafana instance reachable at http://localhost:3000 (credentials admin:flink) for visualizing Prometheus metrics. If there are any questions or problems, feel free to create an issue. Once finished, do not forget to tear down the setup via

Using Prometheus together with Flink provides an easy way for effective monitoring and alerting of your Flink jobs. Both projects have exciting and vibrant communities behind them with new developments and additions scheduled for upcoming releases. We encourage you to try the two technologies together as it has immensely improved our insights into Flink jobs running in production.